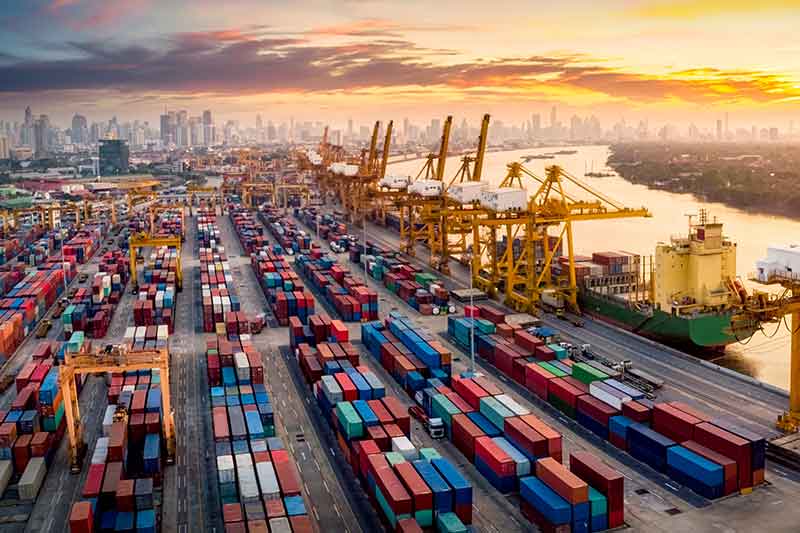 The shipping industry has existed for centuries and its equipment and technologies have certainly become increasingly sophisticated and efficient. Traditional shipping procedures, however, have contributed to approximately 3-4 percent of global emissions. In this post, you will learn more about several green trends that are transforming the logistics industry for the better.

More shipping companies in the logistics industry are expected to refine and optimize their port management procedures. For example, research has shown that companies are progressively shortening the amount of time that ships typically spend idling in docks and harbors. This practice has helped improve turnaround time, reduce carbon dioxide emissions, and have simply made shipping processes significantly more efficient than before. The good news is that these practices have been adopted by almost all major shipping companies. This means that the logistics industry will become increasingly greener.

The Use of Sky Sails

Sky sails are a relatively new invention and are ingeniously simple. They involve using large kites to tow a cargo ship during its voyage. Because sky sails utilize the limitless energy of wind power, they can take significant strain off a ship’s engine. All in all, this green technology increases propulsion efficiency, cuts emissions, and lowers fuel expenditure. Shipping companies will have no issues adopting this technology because the cost of implementing it is minimal.

The Rise of Voyage Optimization

Modern-day technologies are making voyages less unpredictable and far safer than ever before. They allow shipping companies to predict the weather and other maritime conditions with great accuracy. That’s not all; shipping companies across the globe are also using these technologies to monitor and/or predict the performance of their ships in various sea conditions. The data allows them to make more informed decisions about which routes to take. In addition to avoiding high winds and rough seas, voyage optimization is also a great way to reduce fuel consumption and one’s carbon footprint.

In order to reduce fuel consumption on a voyage, some shipping companies also rely on slow steaming techniques. This method often involves companies running their ships at a lower speed. Slow steaming began as a way for companies to cut costs but in 2010, nearly all global shipping companies incorporated it into their Standard Operating Procedures. Today, it has become one of the most important green trends in the shipping industry. It is now a highly effective and simple way of reducing carbon emissions.

While reducing fuel consumption can help slash carbon emissions, one has to consider the scale of the shipping industry. This means that more has to be done if global shipping companies were to reduce their environmental impact significantly. Fortunately, a promising new technology is emerging: low-carbon fuels. They are designed to reduce greenhouse and noxious gases that can be emitted by large cargo ships. By stripping away larger quantities of impurities such as sulfur and ash, these fuels tend to have a lesser toxicity effect on human health and the environment.

As you can see, green shipping practices have already started to revolutionize the shipping industry. All of them are essential for combating the negative effects that fossil fuels have on the global climate.